The essential characteristic of life insurance is that the payment of the amount agreed in the insurance policy depends on the death or survival of the insured person.

With this type of insurance, it is advisable to clearly specify the following figures in the policy: 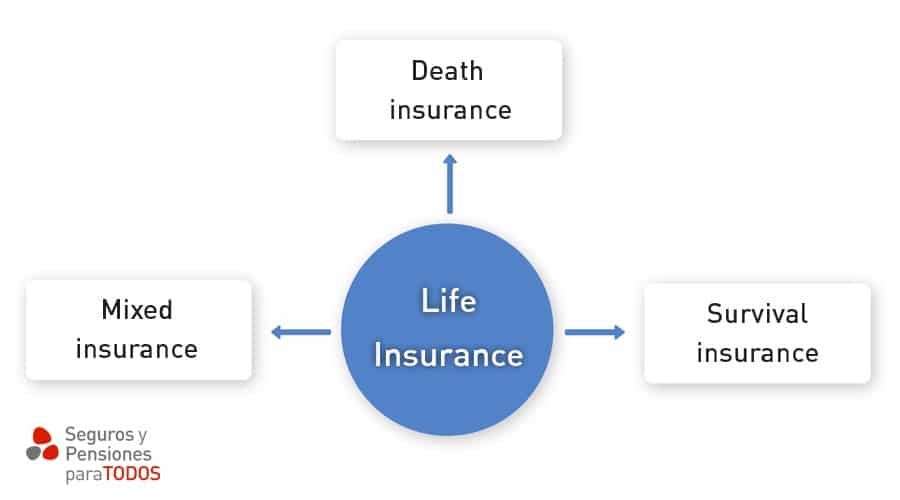 The most widely accepted classification, in terms of the purpose of life insurance, is the following:

It is also commonly known as risk insurance. If the insured person dies before the end of the contract, the beneficiaries designated in the policy are guaranteed the payment of a capital amount or income. If the insured person is still alive at the end of the contract, the policy is terminated without any payout by the insurance company.

This is also commonly known as savings insurance. If the insured person is still alive at the end of the contract, the beneficiaries are guaranteed the payment of a capital sum or agreed income.

With this kind of insurance, the tax aspect is particularly important, and will depend on the fiscal legislation in each country.

In this category it is worth highlighting Unit Link Insurance Plans, Insured Pension Plans (PPA in Spain) and Systematic Individual Savings Plans. You can learn more about this topic here.

This is a form of life insurance in which the policyholder decides where the investments should be made and hence assumes the risk with their premiums.

This is a form of life insurance aimed at building up capital which is received at the time the contingency established in the contract occurs. The main contingency covered is the retirement of the insured person, but it can also include others such as death, permanent incapacity to work, and dependence.

Their legal and tax aspects, as well as their operation and characteristics, are similar to those of individual pension plans. The main difference between the two products is that the PPA offer a guaranteed interest rate. Consequently, there is no risk of losing the invested capital.

These products are designed for more conservative people or those who are approaching retirement age and want to avoid risk.

These are long-term individual savings plans whose premiums build up to form an annuity that can be received after the age specified in the contract. However, this income is not linked to the factors of retirement, incapacity to work, death or major dependency, as is the case with pension plans and PPA.

The income can be received without waiting for retirement, although a minimum amount of time does have to pass before the first payment.